South African individuals, businesses and government entities can obtain cover against risks such as civil commotion, public disorder, strikes, riots and terrorism, making South Africa one of the few countries in the world that has an insurer that covers these risks at very affordable premiums.

The writer has always been proudly South African in respect of being a part of therobust financial services industry here and often quote Sasria as a fine example of some of the few unique additional important protection mechanisms that have been structured for our often-unique risks and exposure.

The development of Community Scheme Specific policies over the years has also seen the adaption of traditional policies and the morphing of products to cater for our specific risks. For example, in other counties, underwriters are intrigued when we compare some of our South African sectional title policy benefits to theirs. At one such meeting I had with senior Strata underwriters in Perth a few years ago, they were fascinated by the fact that we needed to cover things such as “theft of items from a building” and still with limits. Sasria also perked their interest.

On the one hand, it can be quite amusing that we have to be creative in terms of our risks here, yet more solemnly, it is so important that we do.

Legislation has also accounted for this. The Sectional Titles Schemes Management Act – and more specifically Regulation 3 – states that bodies corporate must insure against “riot, civil commotion, strikes, lock-outs, labour disturbances or malicious persons acting on behalf of or in connection with any political organisation.” This certainly formalises the need. However, this compulsory requirement does not necessarily apply to Homeowner Associations (HOAs) as this will depend on their governance documentation (MOI) in the case of NPC schemes and constitution documentation where applicable to schemes otherwise constituted.

Historically, Sasria SOC Ltd was established after the increase of protests following the 1976 uprisings. The name Sasria originates from its original foundation – South African Special Risks Insurance Association. As there was no insurance that covered assets against strikes and riots in the private sector domain at the time, the government then decided to fund and manage its own short-term special risk insurance company focusing on political risk. Sasria SOC Ltd’s mandate was extended in 1998 to provide cover for non-political perils such as strikes and labour disturbances.

Ordinarily, these risks are excluded from most policies globally, this includes standard South African policy wordings.

Just a couple of years ago, the disturbing increase in non-political events such as transport sector actions and Fees Must Fall type protests were highlighted. It raised the awareness that South Africa has a well-structured insurance infrastructure with both the private and government sector providing cover against disaster. The increase in riot and strike related claims then already was quite disturbing. Sasria’s claim tempo and ratios are seen by some as a barometer of South African society, especially in respect of socio-economic dissatisfaction. The events of the past few weeks have certainly vindicated this view.

Unfortunately, it is human nature “not to worry about things” until they actually happen. It is only when serious unrest unfolds, are insurers, insurance advisors, managing agents etc. inundated with calls as to whether the caller has such cover. During recent events, this is exactly what happened.

What should trustees do?

It is correct that the trustees and directors should check whether they have such cover  included in their polices.. Most of the community scheme policies automatically include this cover and brokers/brokerages who/which specialise in community scheme risks will naturally ensure that each scheme they advise, has such cover.

However, there are instances where policies may not have cover or where there are mixed use schemes. Such residential and commercial risks may not have been properly identified and the insurer may not thus be fully aware of the commercial element. Trustees can check with their brokers that the correct disclosures have been made in this regard.

What should Managing Agents do?
There is no doubt that the managing agent is recognised as the scheme’s para-leal advisor and very often relied upon to find the right broker to look after the scheme’s needs.

Managing Agents should check that their scheme’s broker has properly dealt with the Sasria needs, particularly those schemes where commercial elements such as shops downstairs are present.

Make sure that written Annual Advice from the broker is on record and that a proper assessment of the risks have been undertaken.

NAMA members who have attended seminars on insurance over the years will be reminded that we sound like a stuck record as we repeatedly encourage managing agents to make use of the services of brokers who are experienced and well-versed in community scheme risks. When disaster strikes, the schemes under a member’s management will want the policies to respond immediately and appropriately. The scheme’s broker needs to be properly resourced, experienced and have access to the necessary experts to intervene without delay.

Our experience with Sasria claims, despite our positive approach to Sasria, is that such claims do tend to take longer than usual to be finalised. In one such instance,
our brokerage arranged bridging finance so that reinstalment could commence
immediately, settlement following some weeks later.

As such, given the large number of schemes we are assisting in our role as care intermediaries throughout South Africa, we have pre-arranged bridging finance for all of our Sasria claim affected clients via NAMA affiliated community scheme financier, ZDFin. Finance in this instance will be at prime interest rates, subject to T&Cs of course. This is another South African initiative morphed from the joint Addsure-ZDFin understanding of risks and needs of schemes during these times. It also lends credence to the importance of the cooperation and meeting of minds of NAMA affiliated specialists.

Sasria seems to recognise the need to fast track claims and last year noted that they were investing in more information technology to achieve this end. Sasria also recently announced, in the wake of the recent unrest that their agents (the insurer) “may settle claims up to R50 000 (fifty thousand rand) on claims relating to the recent events,” subject to all conditions met. Claims in excess of R1 million will take longer, because assessors and loss adjusters will still have to be appointed in line with the special risk insurers’ mandates and in the normal course.

Brokers need to ensure that Underwriter Management Agencies and insurers who issue policies of insurance to bodies corporate include Sasria cover and that the correct rates have been applied. Commercial sections and residential use sections must be accounted for and in cases of mixed use, sometimes two coupons may be necessary.

One of the mitigating measures we are also now introducing to scheme clients in Johannesburg is the concept of schemes subscribing to a Private Fire Station Service, called Fireops. Extra measures are really worth considering where local infrastructure and resources may be lacking or overwhelmed in such circumstances. Schemes should ensure that emergency measures are in place and that their fire equipment is fully operational and compliant. We all expect the best possible preventative measures to be in place at our schemes and that when disaster strikes, the fastest and most appropriate responses occur.

In conclusion, we should all be aware that the root causes of such recent events will take years to rectify or improve and for as long as the underlying socio-economic causes and political risks remain festering, the risks remain high. Recent events are a wake-up call, and we should take extra measures to protect our families, homes, assets, etc. and reduce risks. Sasria cover being in place is one important thing, but we still need to ensure that we are doing the right things to ensure we comply with any conditions and take the best precautions to minimise risks. 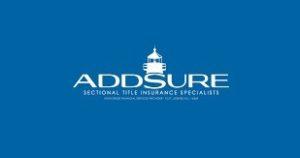