“Tax season, AGM’s and seasonal maintenance are the triad of annual requirements that keep Bodies Corporate and other Community Schemes on track and ‘financially healthy’, year in and year out,” says Michael Schaefer, CEO of specialist finance company ZDFin.

“There’s no doubt that the more organised a scheme is, the more efficiently their property will be managed/ administered and the more stable their finances will be, leaving them in the ideal position to take on routine maintenance work and undertake essential improvements, without leaving the coffers depleted.”

In theory, by now, most bodies corporate (those with Feb and March year ends), should have completed their AGM’s, so Maintenance Plans which are influenced to an extent by seasonal effects such as annual rains, should already be underway.  For those schemes that are behind, for whatever reasons, “do not delay”, Schaefer urges, citing the knock-on effect of the spiral of delay.

“One of the key reasons community schemes get behind, is that they simply don’t have the money/ savings set aside to do what needs doing resulting, in the main, from poor budgeting and financial planning.  At ZDFin we also caution against foregoing levy increases as the longer term, compounded affects, can be detrimental to longer term financial health and stability.”

According to Schaefer there has been a notable increase this year in schemes considering making use of the services of an Executive Managing Agent (EMA), either due to a lack of interest or simply because many bodies corporate/ schemes are simply overwhelmed by the both the financial situation and ever increasing regulatory environment in which they find themselves and just don’t know where to start.

“The effects of the pandemic, compounded by poor management and ever-increasing legal compliance, have left many properties in less than ideal situations with regards to their compliance, maintenance and financial health,” Schaefer continues. “For example, the most recent scheme to appoint ZDFin as its EMA (as directed by Regulation 28) in Sea Point, Cape Town, had a host of compliance issues including: no appointed Public Officer or Information Officer; no tax returns submitted since 2015; a staff member on the payroll for the past 7 years with no employment contract and no PAYE or UIF having being paid.  In addition, numerous urgent maintenance issues, were severely impacting the value of the property.”

In another recent example in Rosettenville, Johannesburg, the property had never been registered with CSOS; has a section hijacked (as do a number of the owners thereby impacting levy payments to the scheme); owes COJ around R600 000 and is currently powered by an illegal electricity connection.

“By the time we are approached, things are often in a really bad way,” Schaefer says.  “Suddenly the deterioration is tangible and owners realise how the value of their investment has been eroded, before their eyes. To compound the situation, we fear the recent rates hike, exacerbated by the very real cost of living, may well result in trustees not moving ahead with critical maintenance.  We strongly caution against that  route.

Don’t delay critical maintenance, because when you do get to it, it will be worse and the costs to rectify, will be even higher.  In fact, it’s at times like this that a proper, planned Maintenance Plan, put together with the help of professionals, is critical.  It helps schemes make better, more informed decisions, which will save them money in the long run.”

A key attraction for enlisting the services of an EMA, is that they take over the role and responsibilities of the Trustees and ‘step into their shoes’ for not only the day to day decisions that the Trustees would normally make, but also the know-how and knowledge of all applicable compliance per legislative directive . There will no longer be a need for any Trustees if an EMA is appointed.

While it may be difficult at the start for Trustees to relinquish control to a third party, because of their limited understanding of what a difference an EMA could make to their scheme, asking questions and getting trustworthy information from professionals in order to make an informed decision, is vital for schemes who are considering going the EMA route.

“Accountability is an essential part of whether an EMA really works for a scheme,” Schaefer adds. “The EMA is required to manage the scheme with the required professional level of skill and care that would be required from Trustees and is liable for losses suffered by the scheme, should the EMA not apply such skill and care. We are invested in whatever scheme we take on and work in partnership with the scheme’s appointed Managing Agent (MA), to bring further benefit to the scheme as an external, impartial support.”

ZDFin is a specialist finance company providing smart solutions for Sectional Title Bodies Corporate, Home Owners’ Associations and Share Block companies.  We service all residential Community Schemes affected by the Community Ombud Service Act, including non-profit companies and voluntary associations governed by a constitution. ZDFin has a wealth of practical experience in property and financial management. We understand these challenges and our range of targeted financial products can be tailored to meet the specific needs of each individual scheme. Schaefer was previously a director and shareholder at Trafalgar, the country’s biggest residential property administration company, started by his father over 50 years ago 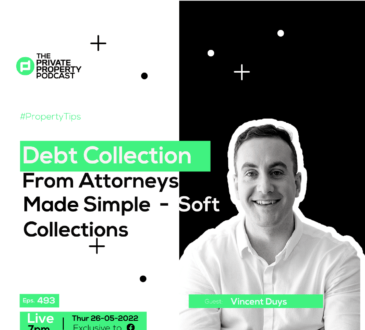