Major role players welcomed both the change in legislation, and more importantly, the genesis of the Community Schemes Ombudsman. Modelled on first world legislation and ideals being arguably, somewhat overdue given the growth in what can only be described as South Africa’s preferred medium of ownership and living.

It is estimated that there are in excess of 100 000 schemes being primary dwellings for approximately 20 million people or more, a trend that is set to continue as both densification and urbanisation trends continue unabated, as arguably they must.

So where are we almost five years down the line and has the Ombud fulfilled its obligations and met the expectations of what was initially a welcoming industry?

The short answer is there is no short answer.  With the appointment of Advocate Boyce Mkhize on 1 April 2021, the (now) fourth Chief Ombud in less than five years, having assumed the role from Ms. Ndivhuo Rabuli, who served in an acting capacity for two years after the resignation of the inaugural Chief Ombud Themba Mthethwa, followed by Advocate Seeng Letele (who was appointed and suspended along with the CFO Themba Mabuya), the industry can only but hope that there will finally be some continuity, that leads to stability – stability in leadership being an essential ingredient of any effective capability.

Linked to the revolving leadership, remains the stigma and unanswered questions surrounding the VBS Mutual incident; the latest CSOS Annual Report intimates that the Board has been engaging with the Hawks to trace the expropriated funds and a claim has been lodged with the liquidators; how successful they will be remains to be seen, but the industry does not seem hopeful and is resigned to the ‘new norm’ in the face of corruption, theft and greed ever prevalent in our beloved country.

Perhaps more importantly than the financial loss however is the erosion/loss in both confidence and trust in such a vital overseeing organ, especially one who’s primary role and objective is to promote good governance, adherence to the law and good citizenry in high density living. I for one have defended the CSOS and Ombud on more occasions than I care to remember, but out of good sense, one cannot continue defending the indefensible.

To date, the CSOS has not received one uncompromised audit, making it increasingly difficult for industry partners to support them and their intended function(s), let alone collect and pay across the levies legally due to the CSOS. Worth noting on this point, and as is also highlighted in their latest Annual Report, the CSOS lags woefully behind on modern technology to streamline their administrative functions, still relying, in the main, on manual systems almost five years from inception – perhaps one of the reasons they are unable to provide their clients with monthly invoices or statements of account. As a workaround for said levy costs, auditors have been forced to use prevailing legislation as confirmation for audit purposes. This is simply not good enough, the industry deserves better.

Financial matters aside and assessing the CSOS’s ability and performance on more functional and practical matters, how do we look? Again, no short or quick answer.

The importance of CSOS as a mechanism for dispute resolution and adjudication for the industry and all role players cannot be over emphasised, this the reason the industry was so receptive and welcoming, despite the legal obligation and imperative. While intent and purpose are both noteworthy and commendable, ability and performance remains critical to ensure lasting success and civil buy-in, an often underestimated necessity.

It is my opinion that sadly, the CSOS has fallen short of their mandate; their latest Annual Report highlights their inability, despite massive funding from the paying industry comprising individuals like myself, to timeously process and resolve satisfactory numbers of applications. More alarming however, is some of their recent rulings which, when coupled with no appeal mechanism, defeats the very purpose of their existence, forcing the paying public to duplicate costs and approach the ever-strained judiciary.

Perhaps the time has come for the CSOS to approach the greater industry and embrace their input, capacity and skill set, to better the industry for all…as surely it must’ve been intended. 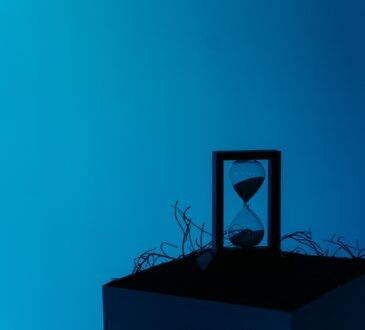