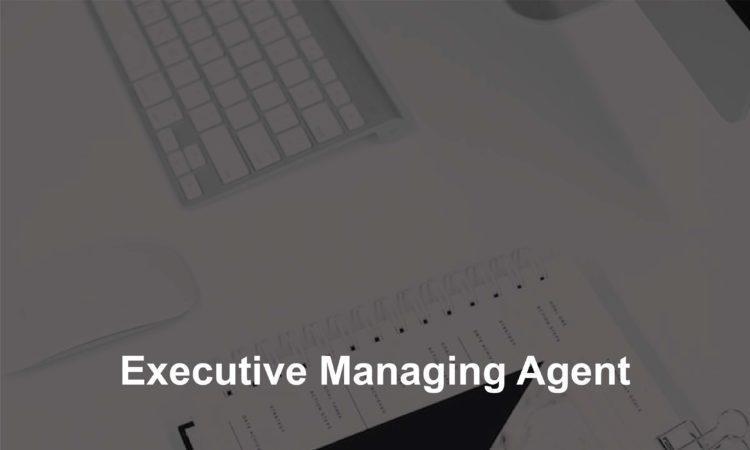 The Sectional Titles Schemes Management Act (STSMA) signed into law on 7 October 2016, signified the genesis of the Executive Managing Agent (EMA). The concept of an EMA being a new scheme management capability and service that fulfills the role of the conventional trustees.

The traditional role of a Trustee has become increasingly difficult and complicated, exacerbated by the part-time and all too often non-professional nature of related capability, protected by some level of indemnity offered by the STSMA. The many, largely unknown and, onerous responsibilities coupled with the thankless nature of being a trustee has led to a dwindling number of willing participants to perform this critical function. Recognising these challenges, the Legislature in line with prescribed management Rule 28(1) of the STSMA, provides for Bodies Corporate, by way of a special resolution, to appoint an Executive Managing Agent.

An appointed EMA is tasked with performing the functions and exercising the powers that would otherwise be the responsibility of a board of Trustees; these include budgeting and all related financial affairs, maintenance, levy collections and associated procedures, rule enforcement, housekeeping issues and any other tasks on behalf of other owners in a scheme; these all being critical to ensure optimisation of value for which trustees are ultimately liable.

Major benefits to appointing an EMA include:

How will the appointment of an EMA safeguard my investment?

What is an EMA?
An EMA is an external individual and/or company employed by a Community Scheme who performs the functions, and exercises the powers that would ordinarily be performed by Trustees. The EMA ‘steps into the shoes’ of the conventional trustees, and is responsible for the day-to-day decisions that the trustees would normally make. Important to note, that there will no longer be any trustees if an EMA is appointed.

How does a scheme appoint an EMA?
By way of a special resolution of the members, which is per Prescribed Management Rule (“PMR”) 28 of the STSMA. All owners are members and thus the appointment is essentially an owner decision. Members can also apply to the Community Schemes Ombud Service (“the CSOS”) to appoint an EMA to a scheme, provided those members hold 25% of the total quota of sections in the scheme.

Is the EMA our Managing Agent (MA)?
The role of the EMA and MA are not, by definition, one and the same. While technically your MA could be appointed as the scheme’s EMA, it is our opinion that it is best practice to segregate these separate, critical functions appreciating the MA takes instruction from the trustees, this noting the EMA would assume the roles and responsibilities of the trustees upon appointment.

Who do EMA’s Report to?
To all owners/members, as per PMR 28 and in particular PMR 28(3)(f), every 4 months by way of an EMA Report, that reports on the administration of the scheme. In reality, the EMA works very closely with the MA of the scheme, as the trustees would. Good synergy between the MA and the EMA is very important. ZDFin has adopted the approach of monthly reporting to all owners where they have been appointed as EMA. Experience, being invaluable, has shown that while the regulations provide for quarterly reporting, the monthly reporting approach ensures transparency, and lessens the number of queries from members every quarter, who instead have the benefit of more frequent and consistent reporting on the management of their scheme.

The pro’s and con’s of appointing an EMA?
Being a trustee in a scheme is a time-consuming, often thankless job and requires hours of meetings and engagements, mostly without remuneration. Important decisions need to be made on a daily basis. Not all owners want to be a trustee, and not all owners have the time to give the scheme the attention it needs. An EMA is ideal for schemes who are struggling to get volunteer trustees. They have the know-how and practical experience to assist schemes with what would sometimes be difficult for volunteer trustees to do.

Practically, owner trustees have day jobs and thus, an experienced EMA is arguably a ‘no-brainer’ for many schemes. Notably EMA’s perform their functions as the ‘trustees’ of a scheme without indemnification that the STSMA affords conventional trustees.

How do we know the EMA is doing what they are meant to?
As alluded to, an EMA must report to every member of the scheme at least quarterly, as per the legislation, concerning the administration of the scheme. An EMA must also inspect the common property at least every 6 months. In our experience monthly reporting is far more valuable, and common property inspections need to be done at least bi-monthly; however, the STSMA allows for the above every 6 months.

What else does the EMA do?
The EMA is required to manage the scheme with the required professional level of skill and care that would be required from trustees. In addition, the EMA Is liable for losses suffered by the scheme, should the EMA not apply such skill and care. Just like trustees, the EMA has a fiduciary duty to all members, although the STSMA affords indemnification to trustees and NOT to an EMA. In our experience, very few trustees are fully aware of the indemnification issue.

If I have an issue what do I do?
Ordinarily the MA remains your point of call, who in turn take instructions from trustees. If an EMA is appointed there will be no trustees and thus the MA takes instructions from the EMA. The lines of communication do not change for members and the EMA is always available on request.

And, if we are not happy with the EMA? What now?
Just as appointing an EMA is done by special resolution, the same applies to terminating an EMA’s services. One hears numerous horror stories in the industry, pertaining to schemes being placed under administration, with administrators abusing their power, and often resulting in substantial losses for schemes. When it comes to an EMA, they can be dismissed as easily as they were appointed. This is important for schemes to be aware of and to avoid the losses that can happen, as noted before, in terms of administration and/or inactive trustees. Practically, members pass a special resolution to remove an EMA, and then elect trustees once more. While a good synergy between an EMA and the MA is highly advised, from a transparency point of view, it is recommended that these services are provided by different parties.

Contact Us Should You Want To Find Out More